As you may know, my rubber pup slave's actual name is joe and my name is Joe. We happen to have good friends who are named Bob and Bob. This evening I took pup over to Bob's place for some remedial training and I took his partner Bob back to my house for a bondage session. 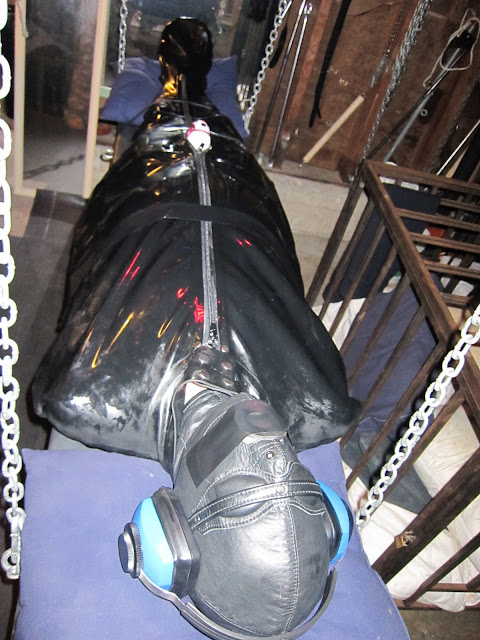 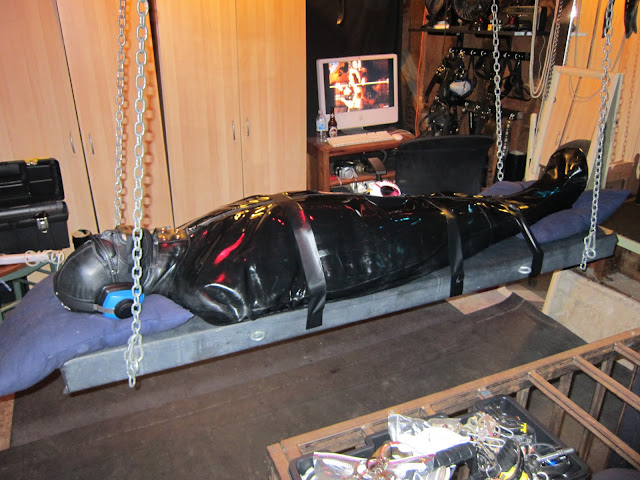 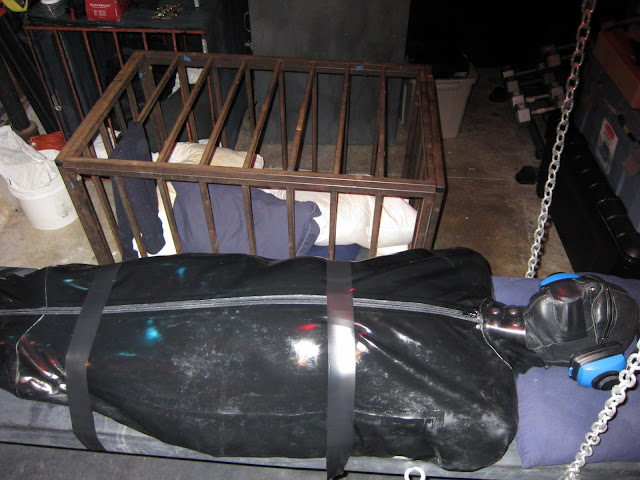 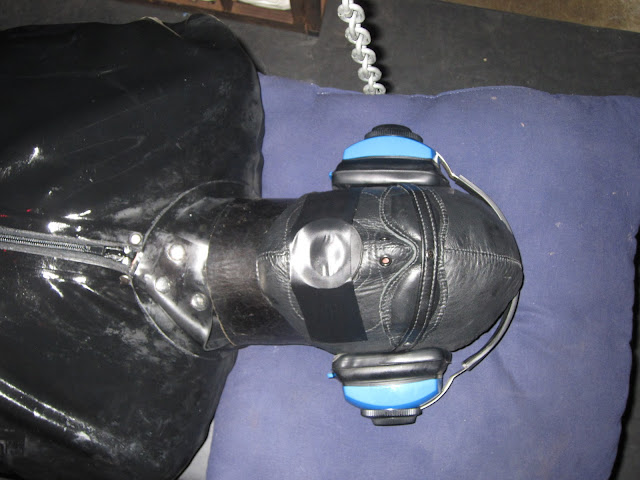 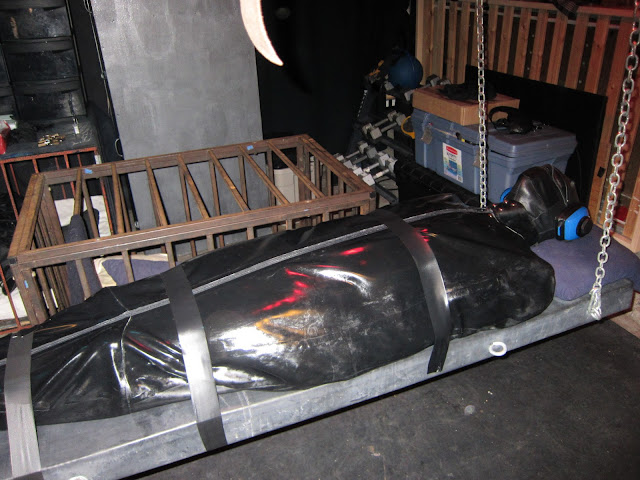 His nipples are directly connected to his cock so massaging them through the rubber and applying tit clamps was especially fun because of the responses I received.

I played with him a while and then left him to drift in bondage heaven . 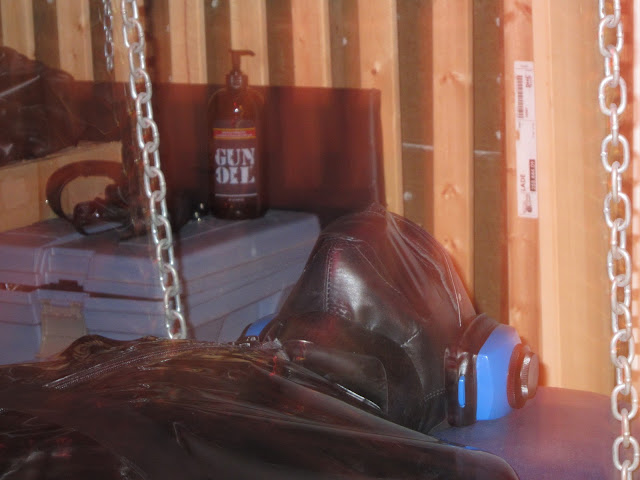 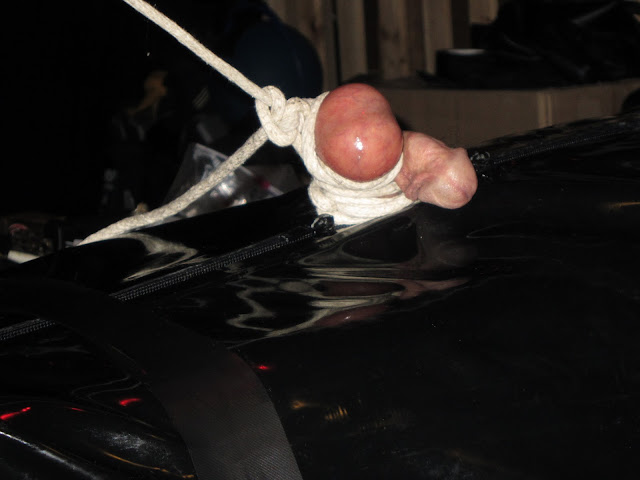 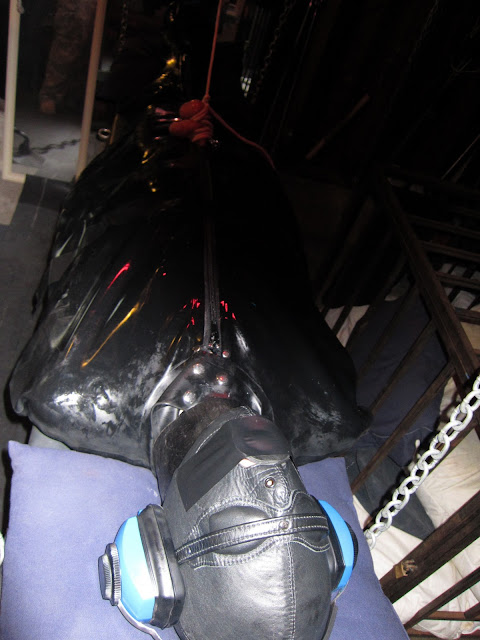 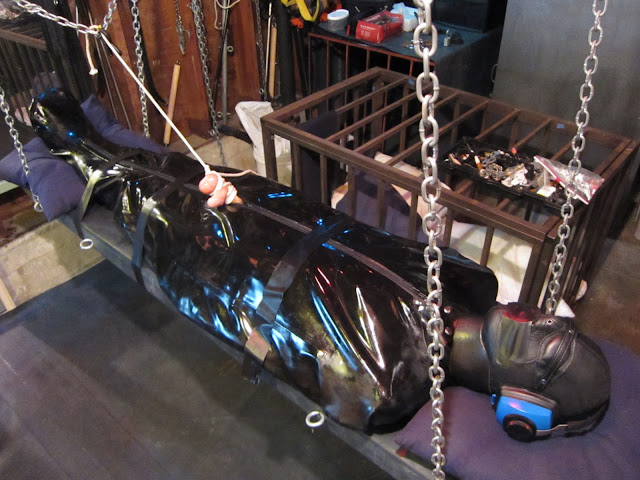 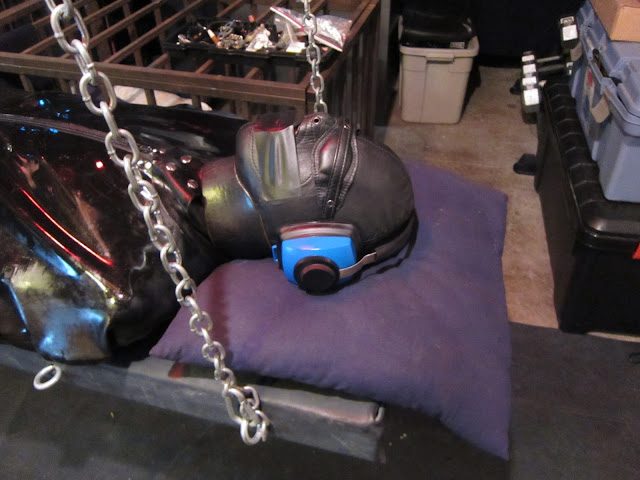 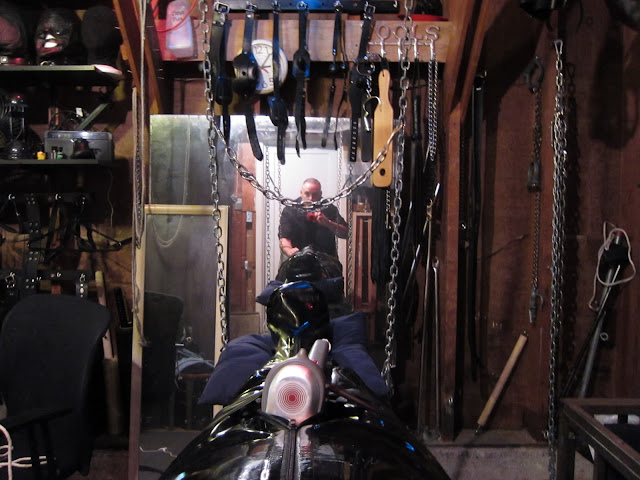 After 90 minutes I slowly let him unwind as I released him from the bondage. He emerged from the hood with a big smile on his face! I returned Bob to his partner, Bob and picked up my pup joe, who also had a nice afterglow, and seemed no worse for wear. Overall a very fun Saturday night and another good training session by the bondage boss.
Posted by The Bondage Boss at 12:28 PM