Sunday was a day of all rubber training for the slave. To start the day I had it shower and then it put on the rubber suit and socks and then make breakfast. After breakfast it put on some street clothes and we went shopping. First to Mr. S where the slave purchased some new rubber gloves and I purchased a new neoprene locking bondage collar to use on the slave.

After Mr. S we headed to Stomper's to check on my order of custom Wesco's. While there the slave tried on some calf high Gripfast boots but they did not fit. Then we were off to Safeway to make some purchases for dinner.

When we arrived home the slave stripped off the street clothes and added more rubber. First it put on the fancy latex, high heel boots it has, the new rubber gloves and then a rubber corset. Down in the training space I added the molded rubber hood, mouth plug, rubber goggles, a neoprene muzzle, and locked fist mitts. 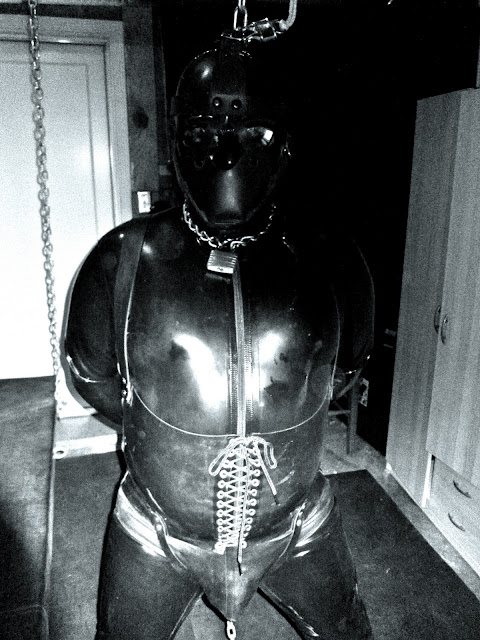 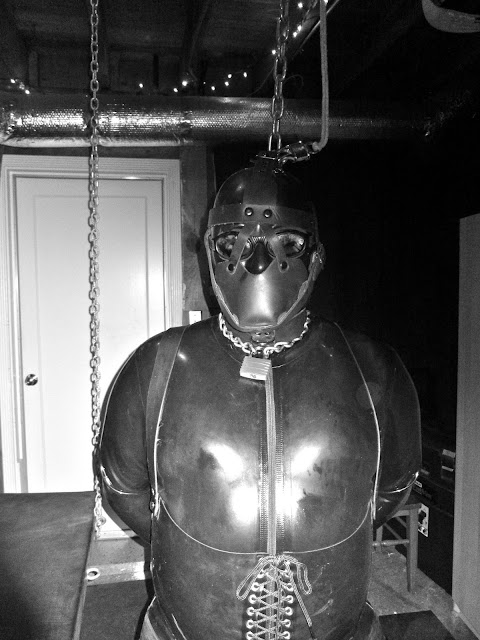 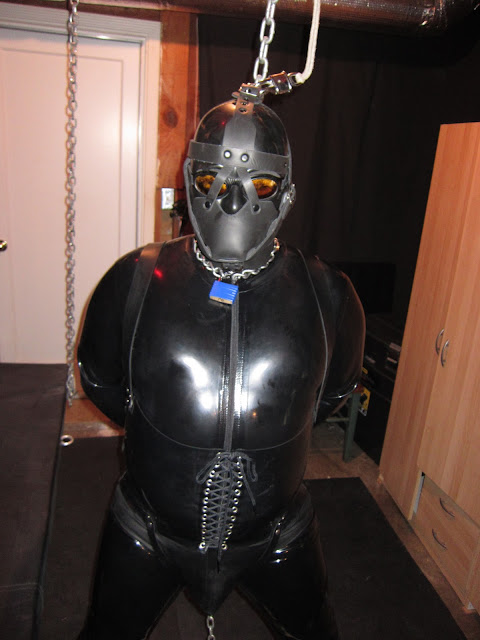 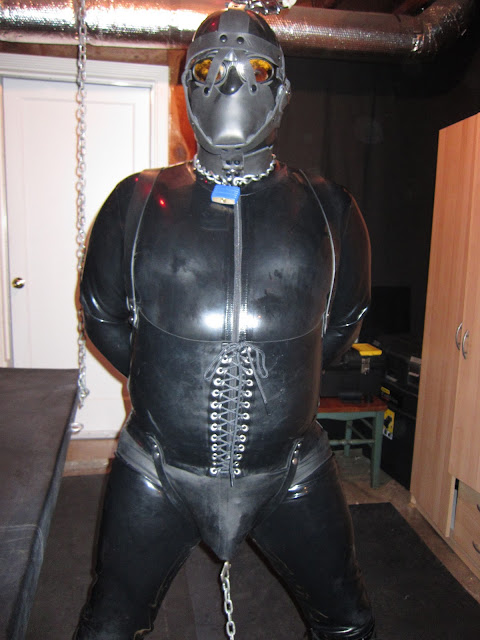 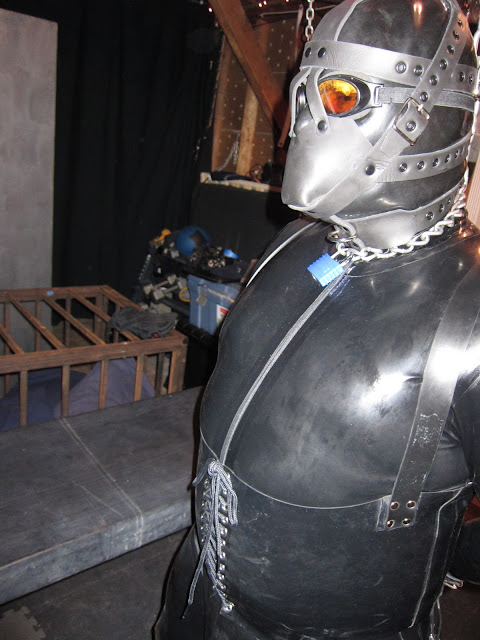 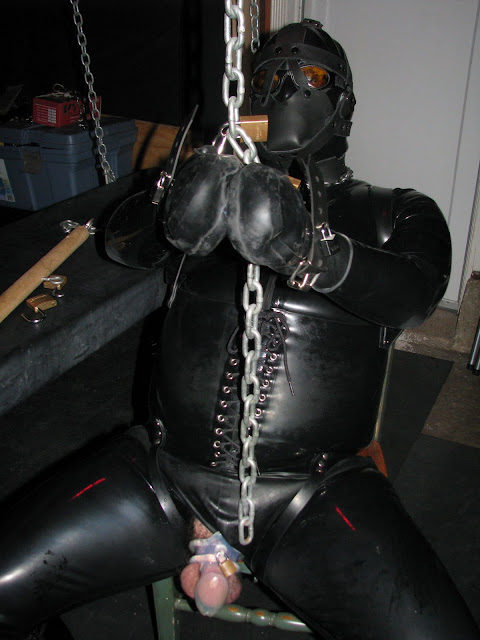 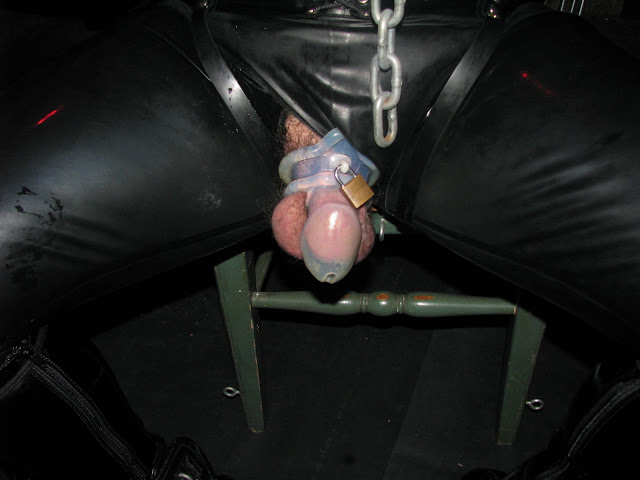 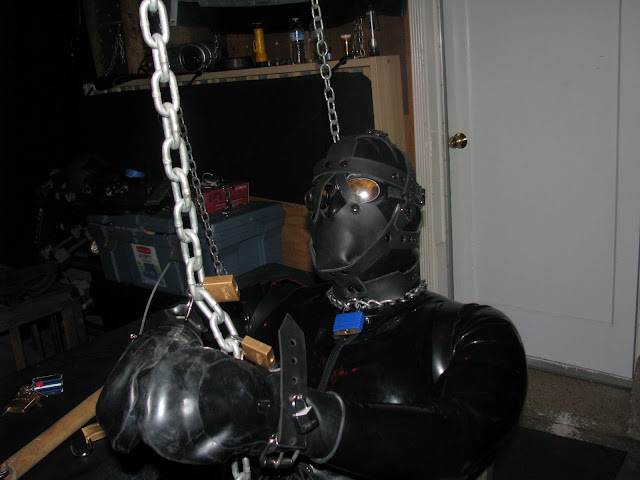 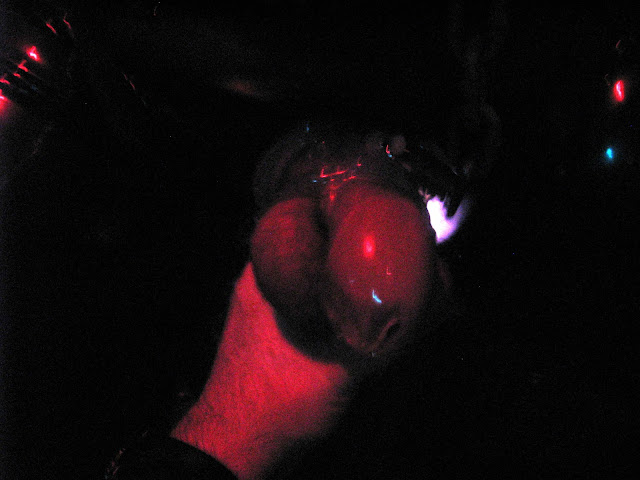 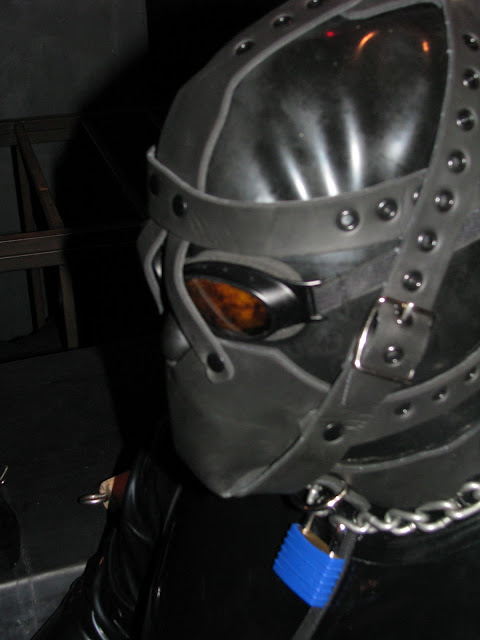 It was a warm day and it was getting hot in the training room so I took the pup upstairs to the bedroom and removed the head gear and let it suck my cock until our afternoon guest arrived.