I prepared the pup in bondage before actually releasing his slave dick and letting it shoot a load. Here are some pics. 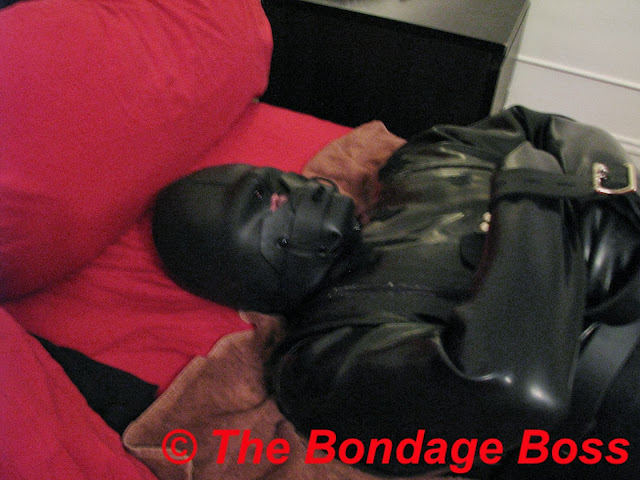 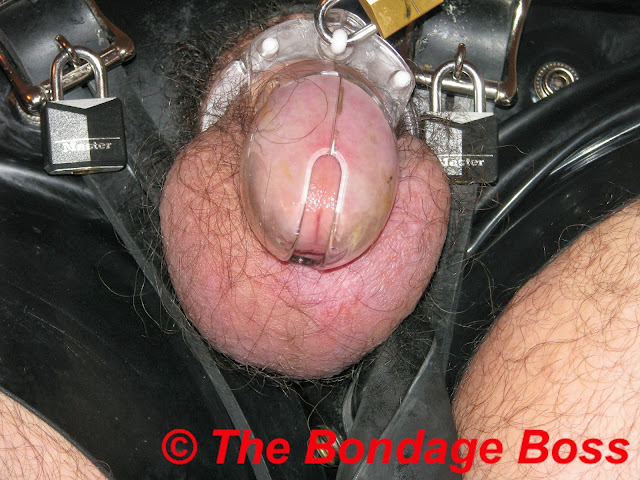 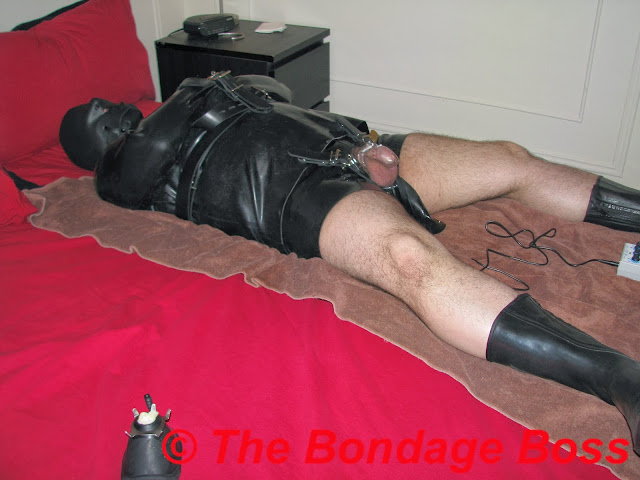 The slave was put in a neoprene hood, gag and rubber straight jacket with rubber cod piece shorts. The slave had an electro plug in its slave hole. The slave also had on it's tall Wesco boots  which were shackled at the ankles.

Before releasing the slaves dick I tormented it first with the electro plug and some intense ball beating. Then I unlocked the device and wired up pup's hard dick with more electro and continued to abuse it.

The entire time I force fed it large doses of poppers.

Finally after about an hour of torment I gently stroked the slaves dick and gave it permission to shoot a load and it obeyed  my command almost immediately.

Today is September 27th and the pup has been locked up Since September 1st. because of a bout of kidney stones the slave had a month of un-usual freedom in August. The slave will pay a penalty for that and I do not plan on unlocking the slave until we attend MAL in January.

The pup is a true chastity slave and craves the control of having its useless slave dick locked and under my control. The slave has fantasies of real permanent chastity. The slave should be careful what it wishes for.
Posted by The Bondage Boss at 6:22 AM