Today was another work day for me so the pig and pup were allowed to go sightseeing during the day. In the the evening they met up with me for another dinner out. But bedtime is a different story.

The pig was put to bed in a brand new neoprene sleepsack from Recon. The pig is also hooded with a neoprene hood, gag and collar all from Mr. S. The pig has an electro plug in its hole and it is bedded down for the night.

The bondage is not extreme but its confining. The gag has a breathing tube so the pig can breathe through both mouth and nose.

I force fed the pig some poppers and let it try to hump itself to climax for a little bit then I turned out the light and went to bed.

The pig is in for a long night. 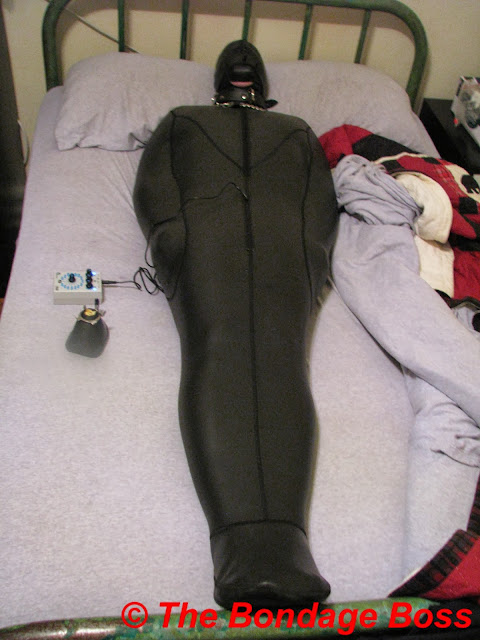 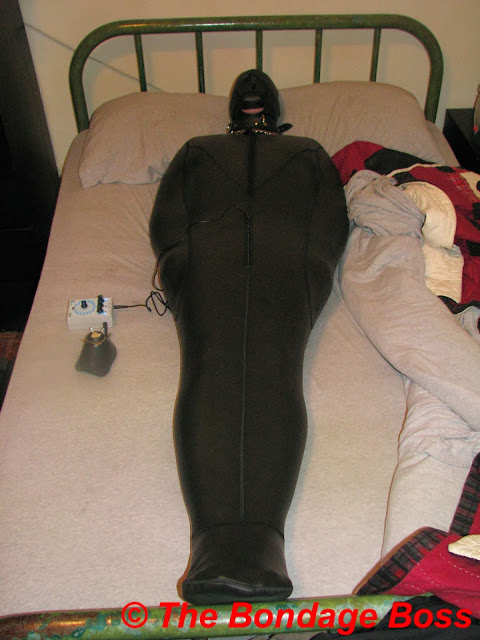 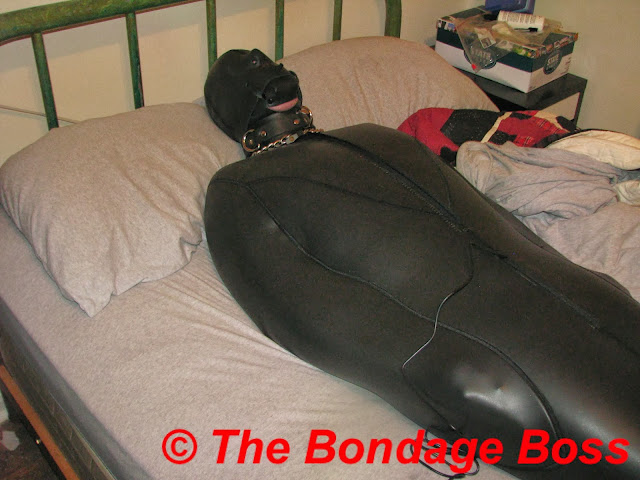 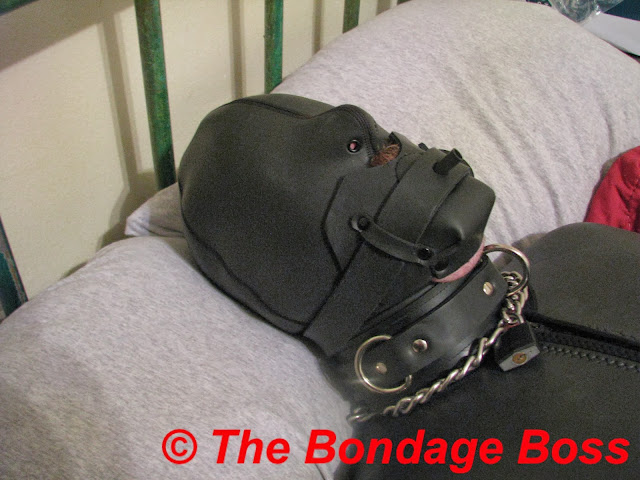 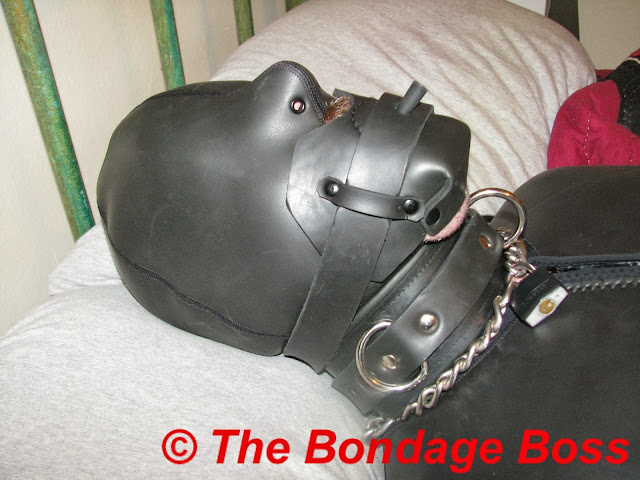 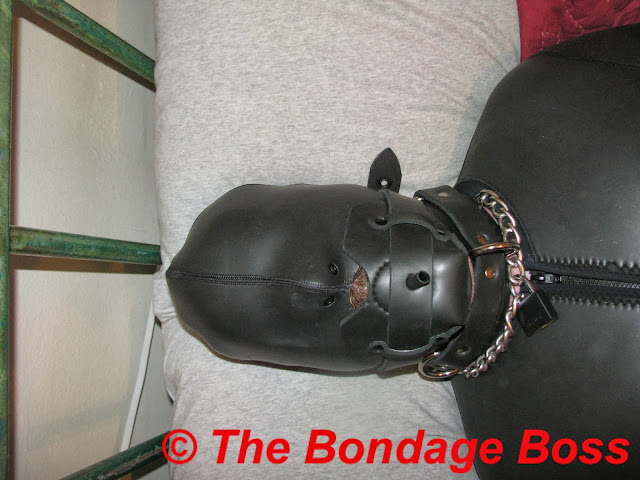 Posted by The Bondage Boss at 3:34 AM