mark returned from his cross country trip and brought boy mikey with him. I have not seen mikey since Folsom 2006 when I had the three boys in chains. It was good to have him back and put him in some bondage. boy mark was exhausted from his travels so we left him in the sleepsack, on the bondage board, and every once in a while pup and I tormented him. I tried some breath control on mikey while he was chained to a chair and then I put a severe rubber hood on him with a gag and breathing tube and left him in there for almost an hour. boy mark wanted to cum so we took him to the edge, but he didn't shoot right away so we made him wait. 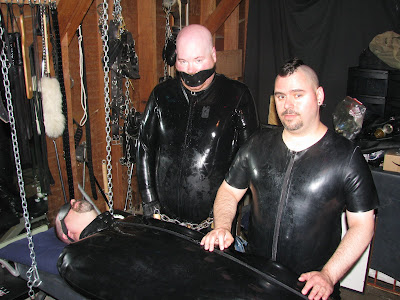 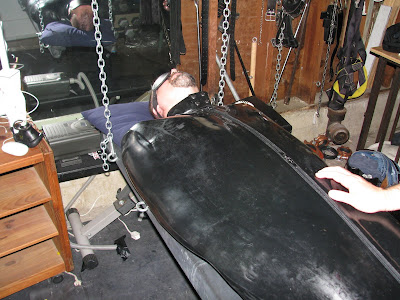 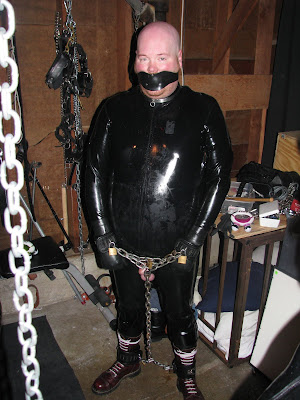 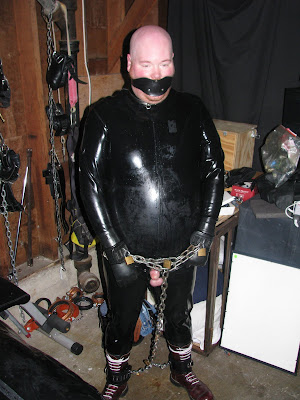 Posted by The Bondage Boss at 2:05 PM