As I write this DogBruin is locked in the isolation box. He is sealed up in a rubber sleepsack and strapped down. His cock and balls are wired with electro. he has a rubber plug gag in his mouth and it is held in place with a muzzle. he is listening to music alternating with hypnosis files courtesy of Warpmymind.com. poppers are being introduced thru the air supply system
he went in the box at 3 PM and we checked on him about 50 minutes later. We added some tit clamps and stroked his cock and gave him some poppers directly. We closed him up and then thirty minutes later checked on him again and removed the tit clamps. He's now on his second hour with no end in sight.
While dogbruin was enduring his isolation bondage I worked over pup who has been in chastity for a week. I just kept him hard and edged him until he was insane with pup horniness. To take his mind off things I had him service me to an enjoyable climax. pup is still locked up. 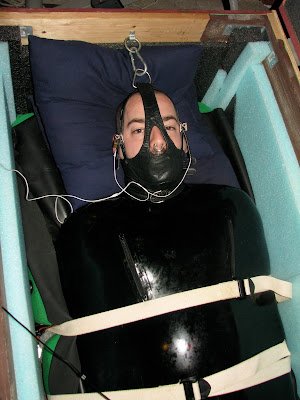 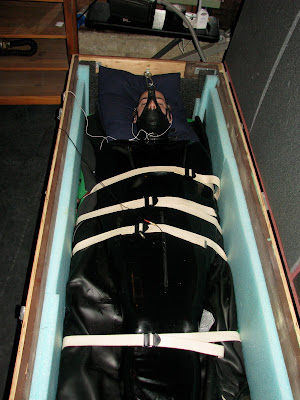 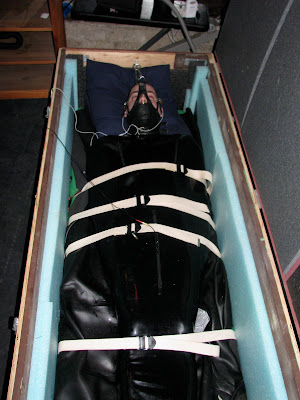 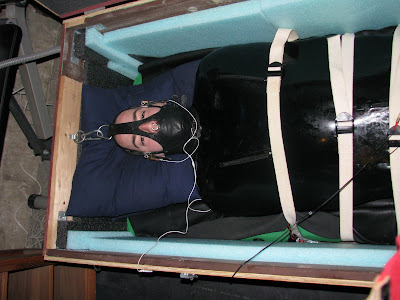 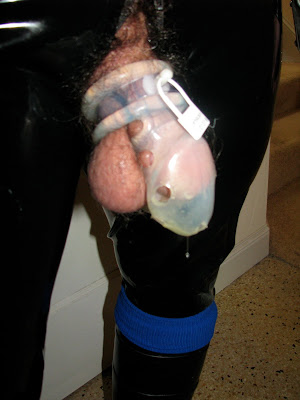 Posted by The Bondage Boss at 8:03 PM