Immediately after MAL I had to travel to Chicago so I sent the pup and the Canadian pig home on the train. While in the Washington DC train station they purchased two shirst which they had on when I returned from my trip. They are both wearing the new neoprene gas masks we picked up from Mr. S while were at MAL. 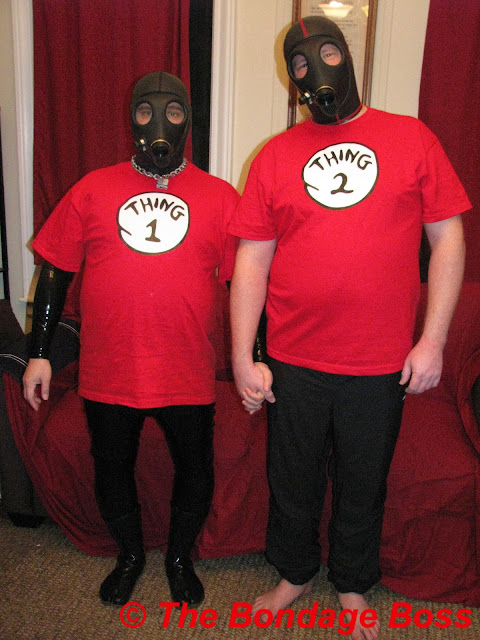 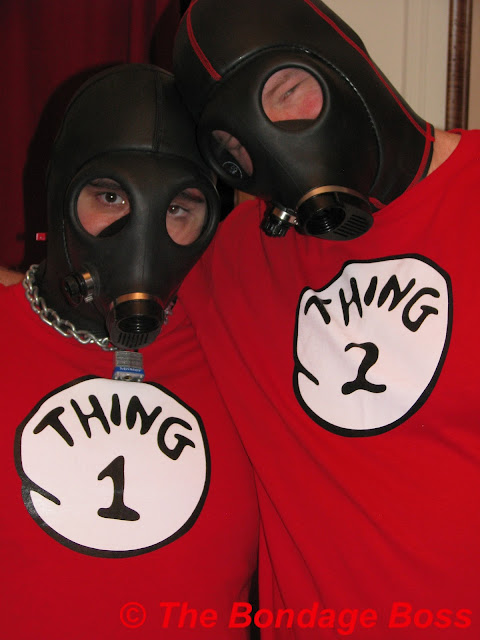 The pig was with us till the following Tuesday, January 22nd, so we had five days of bondage training to look forward to.