The house was buzzing with bondage activity on Saturday. Two pups were abused in the training area while a leather bound gimp sat listening to it all. And then after dinner to rubber slaves went into the sleepsacks and received a few hours of wonderful torment.

J, a visitor from Canada, help seal the leather gimp up in a bondage suit. Hooded, gagged, strapped down, locked into fist mitts the leather bondage gimp stayed in the suit from 4 PM to 11 PM. We occasionally opened the hood to feed him and give him water. 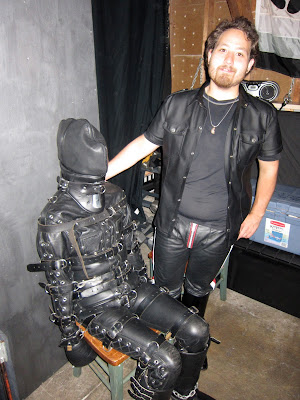 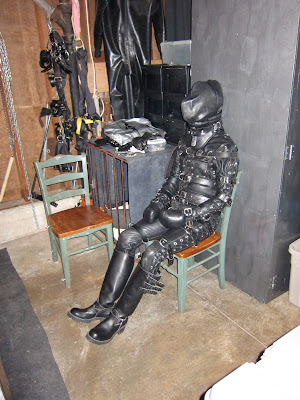 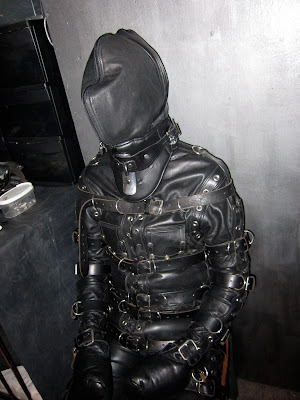 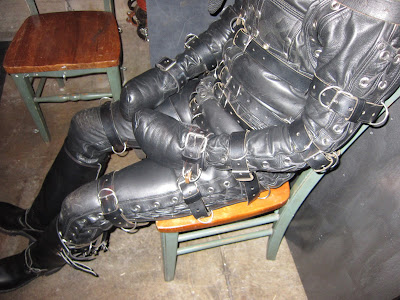 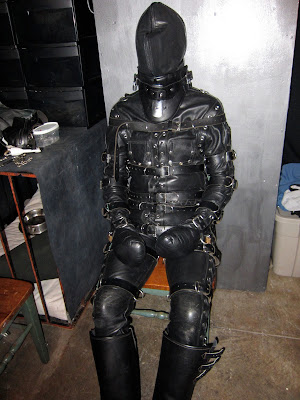 from where the leather bondage gimp was sitting he could here all the activity going on in the room. Two of my favorite pups were chained up facing each other. Both boys were blindfolded gaged and collared. We proceeded to torment them, concentrating on their sensitive nipples. Using tit clamps and weights and ice we teased and tortured the two boys until one would jerk away and snap the clamps off the other. There were howls of pain and barks of pleasure from these pups. 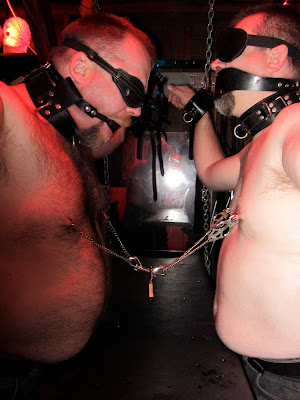 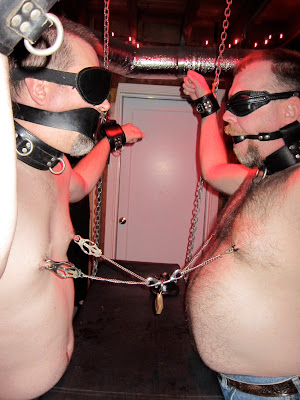 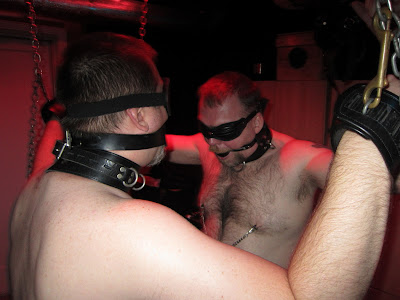 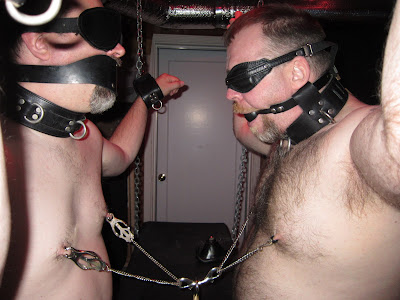 These two pups are very close, so to bring them closer we mummified them together, than proceeded to flog them. Eventually one of the pups figured out how to free himself from the black wrap. 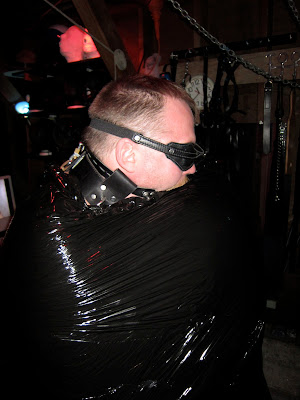 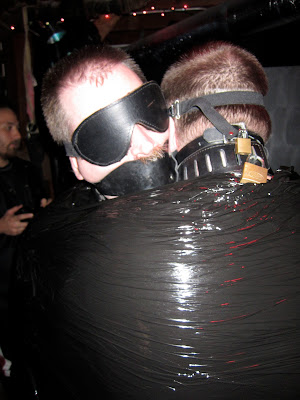 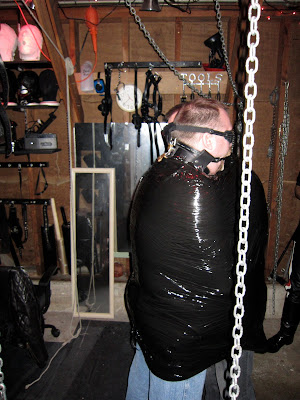 After dinner, we left the leather bondage gimp and went upstairs to the bedroom.  J, the boy from Canada, went into a rubber sleepsack and was hooded, blindfolded and gagged with a new neoprene gag with breathing tube.

My rubberpup slave went in to another sleepsack. He was hooded and gagged and had on rubber goggles that had tape over the interior lenses so that he could not see.

J. was tortured to the max by sadistic top Eric C. while pup experienced some new electro pleasures at the hands of dogbruin. It was a fun two hour session of rubber, electro, poppers, clothespins and pain. 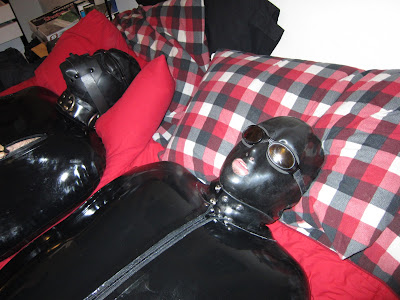 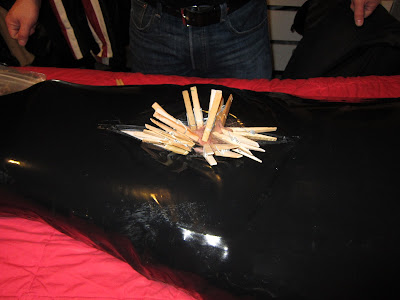 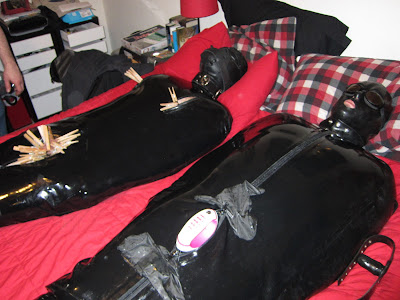 Posted by The Bondage Boss at 1:03 PM